The head of Abu Dhabi’s state-owned oil company has been appointed president of this year’s UN climate summit by host nation the United Arab Emirates, prompting concern among climate advocates that the move could stymie efforts to reduce fossil fuel consumption.

The UAE said on Thursday that Sultan al-Jaber, chief executive of Abu Dhabi National Oil Company, would take on the pivotal role for the two week COP28 summit to be held in Dubai from the end of November.

The appointment, which provoked a backlash from green groups, comes after Egypt, host of last year’s COP event, invited oil and gas companies to take part in the official programme for the first time.

COP27 in Egypt ended in disappointment for many, as fossil fuel producing nations including Saudi Arabia blocked a push by others, notably the US and EU, to include a promise to phase down all fossil fuels in the final deal.

UAE officials pointed to Jaber’s pivotal role in guiding the country’s early adoption of renewable energy, part of a broader diversification process to reduce the economy’s dependence on oil revenues. In 2006, he launched Masdar, Abu Dhabi’s clean energy company that is on track to become the second-largest renewable investor in the world by 2030.

The Adnoc chief, one of the UAE’s most influential power brokers, has also served as the oil-rich Gulf state’s special envoy for climate change over two terms, from 2010 to 2016 and from 2020 to the present day.

Jaber said the UAE, an Opec member, was “approaching COP28 with a strong sense of responsibility and the highest possible level of ambition”. He continued: “We will bring a pragmatic, realistic and solutions-oriented approach that delivers transformative progress for the climate and low carbon economic growth.”

But Jaber’s new position as COP28 president was criticised by climate advocates, who called for him to step down from his role at the helm of Adnoc.

Tasneem Essop, executive director of Climate Action Network International, said the role presented a “conflict of interest” and that Jaber’s presidency of COP28 was “tantamount to a full-scale capture of the UN climate talks by a petrostate national oil company and its associated fossil fuel lobbyists”.

Jaber, appointed head of Adnoc in 2016, was given the task of modernising what was then an antiquated state oil company. This included maximising revenues from the country’s large reserves and a plan to produce oil and gas with a lower carbon footprint than that of other producers. 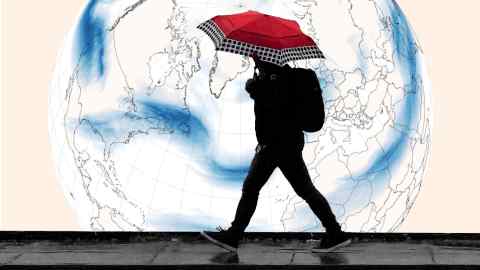 However, Rachel Kyte, dean of the Fletcher School at Tufts University and a COP veteran, said it would be “challenging” for the UAE to “unite countries around more aggressive action” on climate while continuing to promote its domestically produced oil and gas as “the most efficient and lowest-cost”.

Vanessa Nakate, a Ugandan climate activist, said: “We cannot have another COP where fossil fuel interests are allowed to sacrifice our futures to eke out another few years of profit.”

The EU’s earth observation programme warned this week that 2022, a year marked by extreme weather events, was the fifth warmest on record, with the average global temperature almost 1.2C above pre-industrial levels. The international Paris Agreement commits countries to strive to limit warming to 1.5C by 2100.

COP28 has been earmarked as a “global stocktake”, when diplomats are charged with assessing the world’s progress on meeting the emissions reduction targets set out in the Paris accord.

The UAE’s national emissions reduction target is rated as “highly insufficient” by research group Climate Action Tracker. Its 2050 energy targets, published in 2017, include 12 per cent “clean coal” and 38 per cent gas. Dubai has since announced that its coal plant will be converted to run on natural gas.

Speaking at the 2021 Abu Dhabi International Petroleum Exhibition and Conference summit, Jaber said that while renewables were growing in importance and “the future is coming”, “it’s not here yet”. As such, “we must make progress with pragmatism”, he said.